Sign the petition to protect old-growth rainforests in BC

Will you help save the trees - Pacheedaht territory old growth forest is at imminent risk! 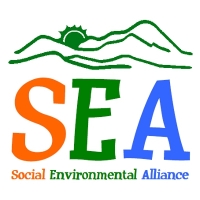 Environmental and animal welfare organizations, citizen advocates, biologists/scientists, and veterinarians have been ringing the alarm on rodenticides for decades, demanding safe, humane solutions to pest control. In response to the growing awareness of rodenticide-abundance in the ecosystem, the pain and suffering these products inflict on animals, and the availability of better solutions, municipalities across B.C. have prohibited the use of rodenticides on city-owned properties and have formally demanded that the provincial government take action. However, the B.C. Ministry of Environment and Climate Change Strategy has not addressed these demands, and has further failed to uphold its obligations to protect its citizens and the environment from pest control products by permitting their continued use.

Please sign the petition below to make BC Rodenticide Free!

Owl Lovers, We Need Your Help

Owl Lovers, We Need Your Help r1 Saanich Council will vote on this motion on July 13th, and they need letters of support from you and your community. ...