NOW: Lekwungen Territory Day of Action for Unist'ot'en and Gidimt'en

NOW: Lekwungen Territory Day of Action for Unist'ot'en and Gidimt'en r1 WHEN: Jan 8th 12:00 noonWHERE: The BC Legislature, meet at the totem pole PLEASE JOIN THIS ACTION IF YOU CAN ...

WHERE: The BC Legislature, meet at the totem pole.

WHAT: supporting the Unist’ot’en and Gidimt'en against pipeline and tanker expansion through peaceful direct action, vocal opposition, and occupying space.

Today, members of the RCMP used specially trained tactical forces to forcibly remove the blockades and arrest 14 people for upholding Wet'suwet'en Law. Unist'ot'en and Gitdumt'en have put out a call for international solidarity actions on January 8th. 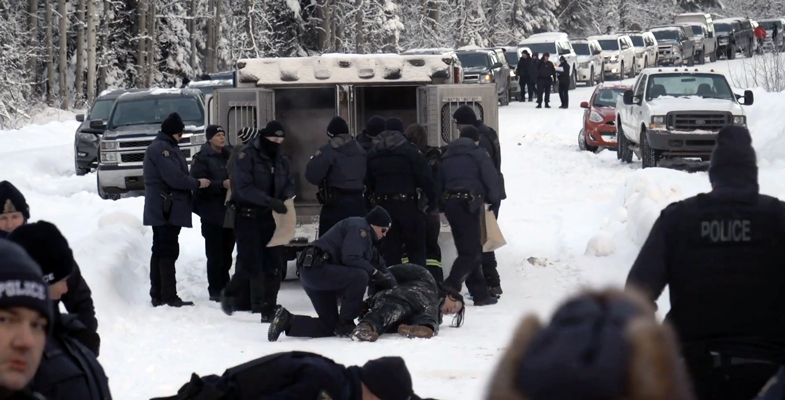 This is a local response on the Lekwungen homeland to a call-out for an international day of action from Wet'suwet'en Access Point on Gidumt'en Territory. The raid by the RCMP along with Uni'stot'en camp by RCMP tactical units for asserting their inalienable land rights against Coastal Gaslinks fracked gas pipeline on their unceded territories. 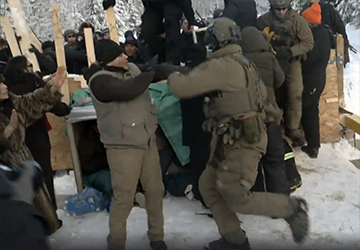 We stand as witnesses to this historic moment when the federal and provincial governments can choose to follow the principles of reconciliation and respect the United Nations Declaration on the Rights of Indigenous Peoples, or respond by perpetuating and entrenching the ongoing legacy of colonization in Canada.

We demand that the provincial and federal government uphold their responsibilities to the United Nations Declaration on the Rights of Indigenous Peoples and ‘Anuc niwh’it’en (Wet’suwet’en law).

For years, members of the Unist’ot’en clan have re-occupied their traditional Yintah, asserting their internationally and Supreme Court-recognized title and rights, while refusing to allow pipeline construction on their territory. Now, the Gitdumt'en have joined them. Hereditary leaders from both clans and supporters have re-occupied their unceded territory on the path of the proposed CGL pipeline road.

Recently, colonial courts have granted an injunction allowing the RCMP to evict these land defenders from their lands to facilitate construction of a fracked gas pipeline.

In response, local activists in Victoria are showing their support of the Unist’ot’en and Gitim'den outside of the BC Legislature. Supporters will gather at the totem poles on the Legislature lawn (501 Belleville St ) at 12:00 noon on January 8th. Once assembled, Tsastilqualus will lead the group onto Belleville St., right outside the Legislature building, and we will peacefully refuse access to the street in symbolic solidarity with the rights of traditional leaders to refuse access to their territories.

Our message is clear: indigenous law is the law of the land on unceded territories, and traditional title-holders have the right to refuse access to their lands. Disregarding this ancient law in order to further expand fossil fuel production during a time of extreme climate crisis is totally unacceptable. Agents of the corporate state will face resistance if they continue to pursue resource colonialism during this climate emergency.

"We are now preparing for a protracted struggle. The hereditary chiefs of the Wet’suwet’en and the land defenders holding the front lines have no intention of allowing Wet’suwet’en sovereignty to be violated.

In plain language, the incursion made by RCMP to invade Wet’suwet’en territories is a violation of human rights, a siege, and an extension of the genocide that Wet’suwet’en have survived since contact."- Action Alert from Wet'suwet'en Access Point on Gidumt'en Territory

Donate to Gidimt’en Access Point: https://www.gofundme.com/gitdumt039en-access-point
Donate to Unist’ot’en Legal Fund:
https://actionnetwork.org/fundraising/unistoten-camp-legal-fund
Across the country and internationally we are with the Wet'suwet'en protecting their lands. #NoTrespass #wedzinkwa #wetsuwetenstrong