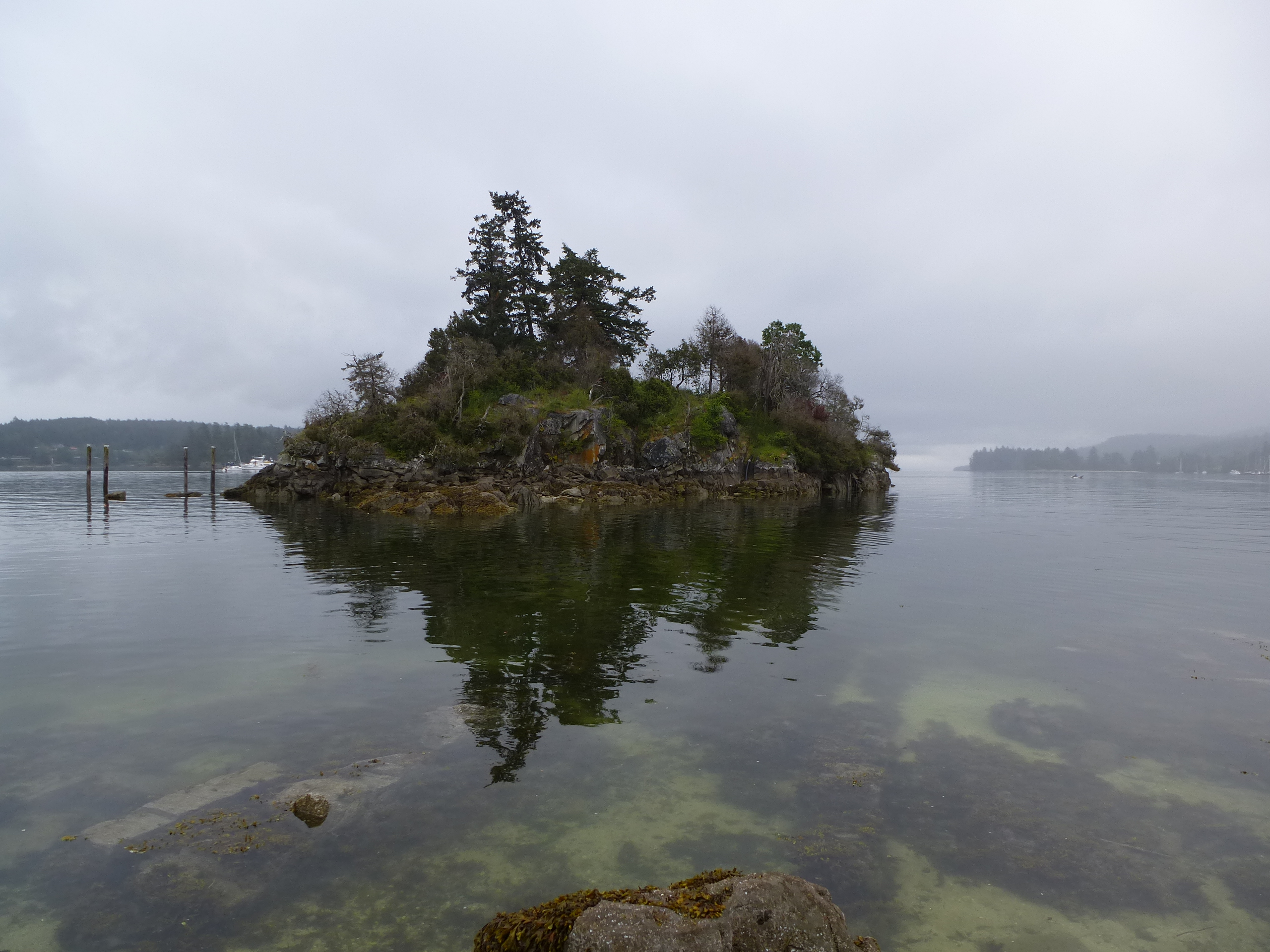 Grace Islet, an indigenous cultural site in Ganges Harbour off Salt Spring Island, is threatened by development[/caption]All of the First Nations in the area are concerned about this site. Traditionally, many different tribes would have come to Ganges Harbour to harvest fish and other food supplies; therefore the islet is considered of great importance as a final resting place of ancestors of Saanich as well as Cowichan and Penelakut peoples.

There's strong support for preservation of the islet as a burial ground on Salt Spring. One year ago, after the centre of the islet was scraped down to bedrock in preparation for construction, disturbing the ancient site in breach of the original site alteration permit conditions, we held a public meeting in Ganges to give elders from the Penelakut, Cowichan and Saanich First Nations an opportunity to tell islanders the importance of Grace Islet to their peoples and their traditions. Over one hundred people turned out, overflowing the room, and we launched a letter-writing campaign to the Minister. A similar meeting held this spring was also packed.

People get it - you don't build on top of a cemetery. All our elected officials get it, too - from our CRD Director, our Islands Trust Trustees, our MLA Gary Holman and our MP Elizabeth May, all have met together to try to find a way to come to an appropriate resolution.

The situation is now at a critical stage - the owner has hired a builder, who could begin construction any day.

It all goes back to 2006 when human remains were discovered on the islet by kayakers, and the BC Archaeology Branch established that it was indeed a burial islet.

Yes, the owner has gone through the process to acquire the necessary permits, but the process is flawed. In August 2013 the BC Archaeological Branch itself stated in a letter to First Nations that the best outcome would be to refuse the extension of the permit for residential construction, but that the Province had no funds or program to make this possible. But we think Minister Thomson needs to know there is another way - and that our community would offer its support in coming to a just resolution. The Minister has the authority to suspend the permit and stop the development.

Please sign this Petition and share this information with your networks. Adam Olsen, interim leader of the Green Party and member of Tsartlip First Nation, is working with NDP MLA Gary Holman to pursue the matter in the Legislature. Honour the Grace Islet Burial Ground!